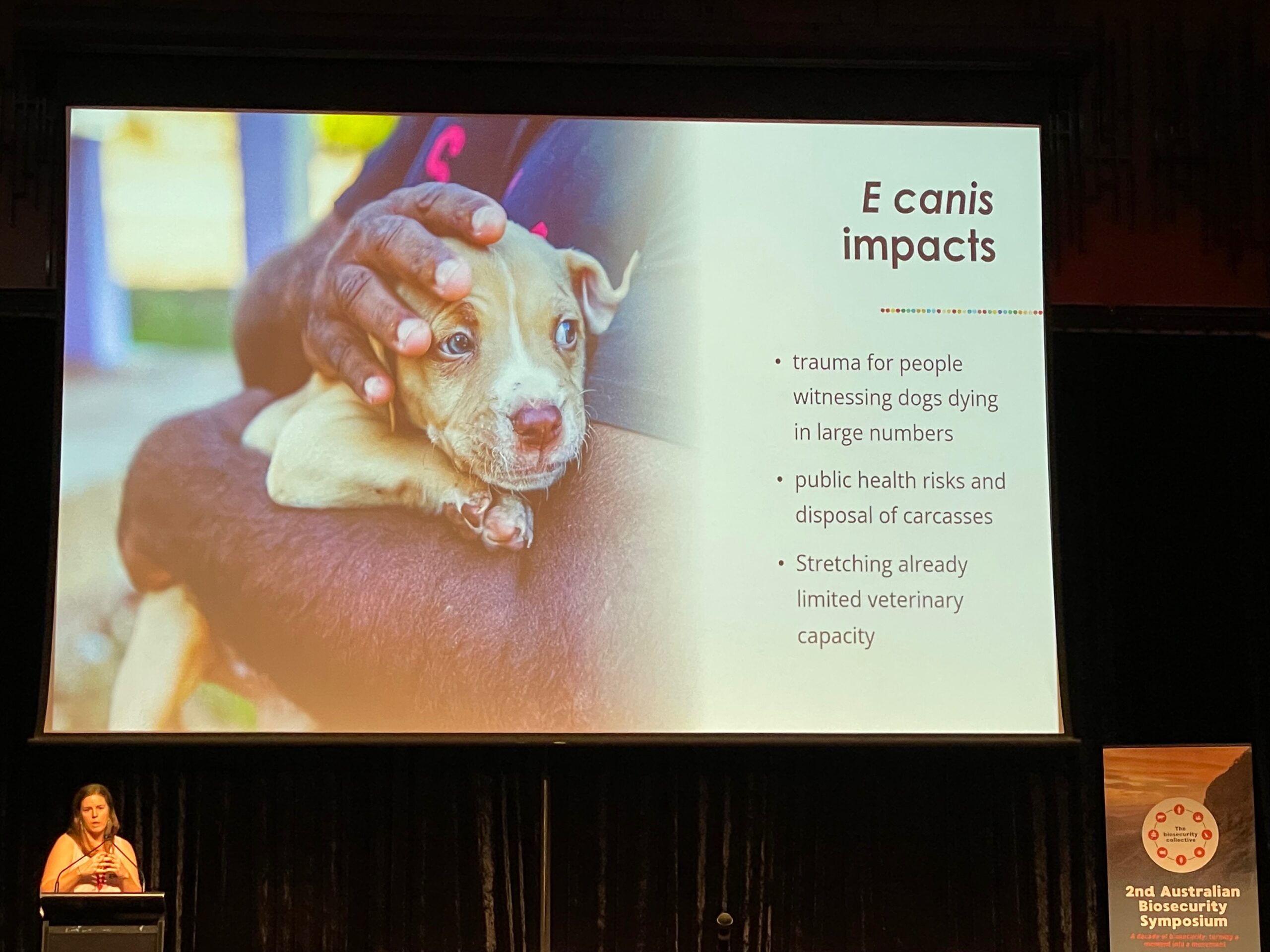 So, what is biosecurity and how does it apply to AMRRIC?

Biosecurity refers to the systems and processes for preventing the introduction and spread of harmful organisms such as viruses, bacteria, zoonotic diseases and pathogens, plants and animals into Australia, and managing the impacts and spread of those which are already present here. Some examples of ways we can do our bit for biosecurity in daily life include using boot-washing stations at national parks to help reduce the spread of pathogens which cause dieback, checking your equipment for stow-away cane toads, and being aware of quarantine requirements when travelling.

The 2022 biosecurity symposium featured many knowledgeable experts, including Costa Georgiadis as MC, and keynote speakers Dr Norman Swan, Dr Anika Molesworth and Dr Debbie Eagles. The conference theme was ‘a decade of biosecurity: turning a moment into a movement’.

The ehrlichiosis outbreak in Australia is an example of biosecurity issues in Australia. AMRRIC’s Program Manager Bonny Cumming and Biosecurity Project Officer, Jory Stariwat shared the lessons learnt from the ehrlichiosis outbreak in remote Australian Aboriginal communities, as well as the educational resources developed by AMRRIC. One of our key messages was that biosecurity educational content which recognises the unique language, literacy and cultural context of remote Indigenous communities is key. For example, our ‘Tick Sickness’ animation is available in Anindilyakwa, Eastern-Central Arrernte, English, Kriol (East Side), Modern Tiwi, Murrinh-Patha and Walpiri, and we are working on translation of other resources.

AMRRIC will be ramping up its work in biosecurity in the coming years, specifically through our Biosecurity Pilot Project. Stay tuned for more information on this exciting project!

AMRRIC poster at the Symposium