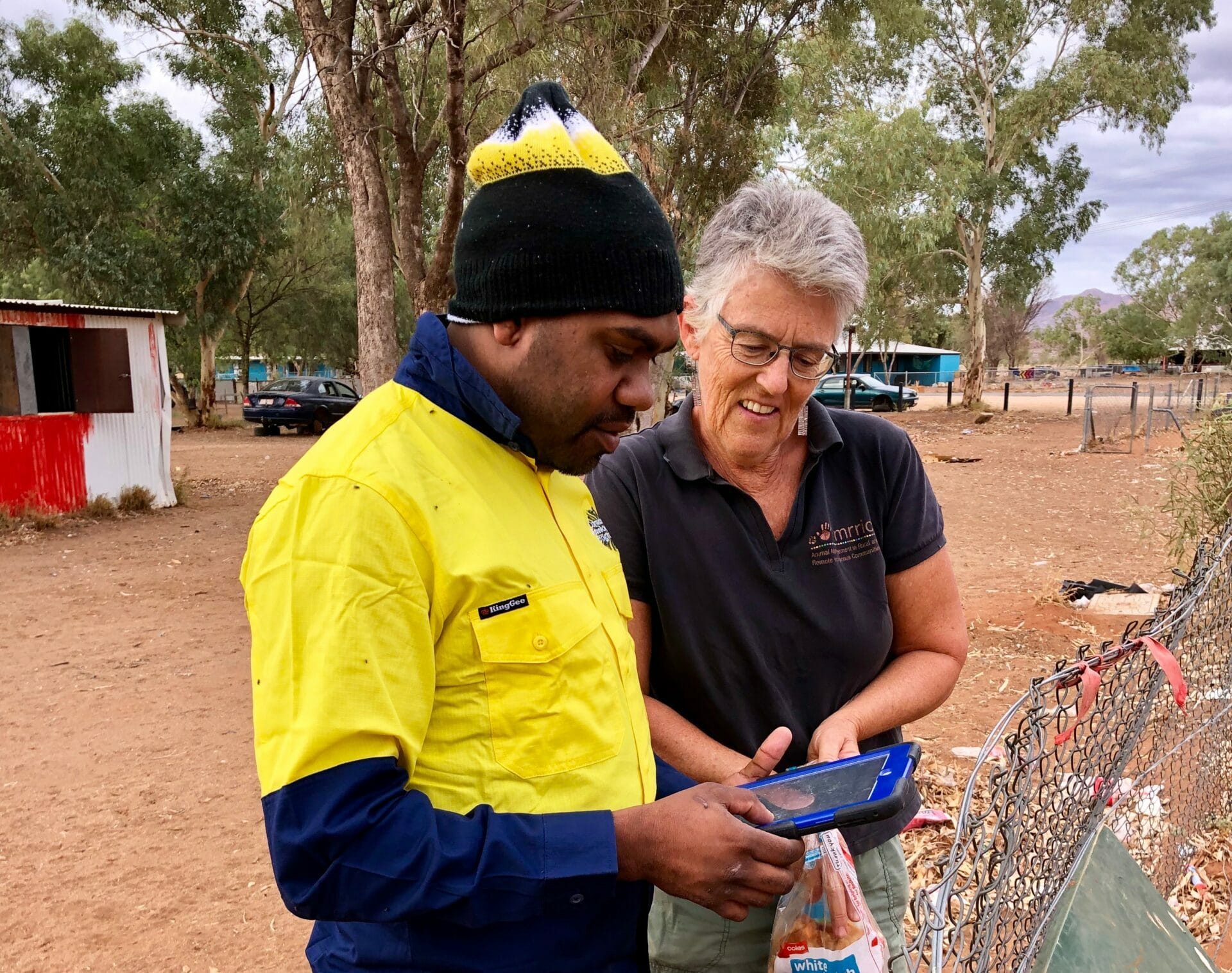 In partnership with community-based collaborators, AMRRIC has received $1.257million funding via the Australian Government Department of Agriculture, Water and the Environment’s Biosecurity Business Grants Program which funds Indigenous organisations to develop opportunities that capitalise on biosecurity.

The project will be delivered by AMRRIC in partnership with remote Indigenous community stakeholders in the Northern Territory, Western Australia and Queensland. AMRRIC will collaborate with the Northern Australia Quarantine Strategy (NAQS) and Wildlife Health Australia (WHA) to ensure that surveillance undertaken throughout the project aligns with Australia’s biosecurity priorities.

The three-year collaborative project will enhance biosecurity capacity in remote Indigenous communities and support Indigenous economic opportunities, by supporting the employment of over 40 local community members.

“Recent animal disease events including the outbreak of Ehrlichia canis, currently devastating dog populations in many remote communities across Northern Australia, and the threat of incursions of exotic diseases such as Rabies and Africa Swine Fever emphasise the urgent need for improved animal biosecurity data capture in remote Indigenous communities.”

The custom-designed AMRRIC App has been tailored to the unique context of remote Indigenous communities, featuring a user-friendly interface, extensive use of images, icons and design features to minimise the need for text input and aid in ensuring data validity, and will allow users of all educational levels to easily capture companion animal population and health data. In further developing the AMRRIC app, AMRRIC is thrilled to continue its partnership with Indigenous owned business Towcha Technology.

AMRRIC staff will partner with Aboriginal and Torres Strait Islander Organisations to provide in-community training in the use of the AMRRIC App.

“As one of the most unique local government and biosecurity areas in Australia, we are constantly looking for innovative solutions to assist in mitigating our biosecurity risks, such as the AMRRIC App. We believe this system will assist our Environmental Health workforce, by enabling improvements to our current animal biosecurity data capture and ultimately Australia’s biosecurity surveillance systems,” said Cr. Phillemon Mosby, Mayor of the Torres Strait Island Regional Council (TSIRC), one of the organisations which will be involved in the project.

“We look forward to collaborating with AMRRIC so that our staff can receive training in collecting animal health surveillance data. Given the limited veterinary access to our communities, this project is vital to improving Australia’s animal disease early detection through community-based capacity.”

AMRRIC will deliver contextually appropriate training in remote Indigenous communities to support the ongoing use of the AMRRIC App to collect companion animal health data.

“The project will facilitate community member participation in biosecurity data capture and reporting, whilst also raising awareness about the importance of biosecurity.”