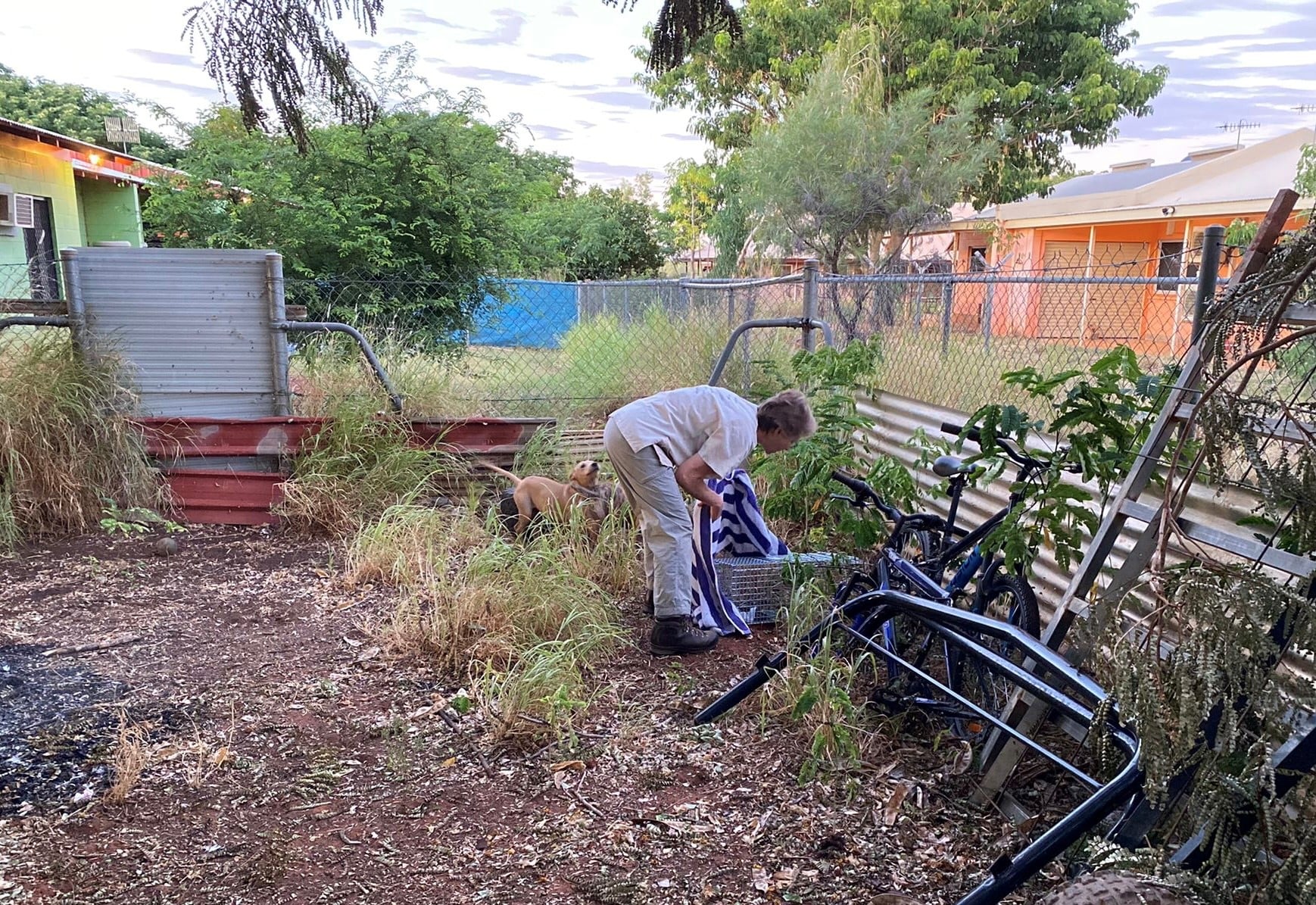 For over six years Central Desert Regional Council (CDRC) in the NT has contracted AMRRIC and AMRRIC partner vets to provide a visiting surgical companion animal population management and parasite control service in one of their communities – Lajamanu.  Historically these visits have largely focused on dogs as cats were not common in the community. This is trend that’s certainly changing though.

Like in many remote communities, over the years AMRRIC has witnessed an increasing trend of cats being kept as pets at Lajamanu. While certainly owned and valued, these cats are generally allowed to free-roam, and being prolific breeders, cats can achieve overwhelming numbers very quickly. Given that Lajamanu is located in the north of the Tanami Desert, at the northern extent of bilby distribution, this is particularly concerning – the increasing cat population may pose increased predation threats on nearby bilby populations.

Recognising this threat, in August 2021 AMRRIC collaborated with Territory Natural Resource Management (TNRM) Project Officers working on a One Health project focused on the management of community cats in order to mitigate risks to local biodiversity.  During this visit, with support from CDRC, AMRRIC provided veterinary services for animal population management and delivered school and community education on the impact of cats on wildlife. Using the AMRRIC App as their data collection tool, TNRM Project Officers worked alongside the AMRRIC team to capture baseline census data which is vital in informing strategies to humanely, and culturally appropriately manage the cat (and dog) population. During this visit, many community members reported keeping cats as pets and while some were eager for their cats to be desexed, some were unable to catch or restrain the cats due to their semi-feral nature. Cats are often elusive in nature and can be difficult to handle and restrain for veterinary procedures, hence, they add a variety of challenges to the usual veterinary program.

Informed with the data from the August visit, and geared up to trap and desex as many cats as possible (of course with their owners’ consent) in April AMRRIC partner vet Dr Helen Purdam (Principal Veterinarian) and Leesa Grant (Veterinary Nurse) were assisted by AMRRIC volunteer veterinarian’s, Dr Sarah Irwin and Dr Helen Byrnes to provide another veterinary program. The team held a community BBQ early in the week – a great way to advertise the availability of the vet service. They then visited each household, providing information to residents on the benefits of desexing cats, and where owner’s consented, setting cat traps to catch and desex the cats that were not used to being handled. In total, the team desexed 16 cats (as well as 12 dogs), helping to stem the growing population.
After an absence due to COVID, the team noted what a pleasure it was to once again chat with the community members, and hear tales of their relationships with their furry companions.

The AMRRIC team will continue to carry out on-the-ground education during door-to-door visits in Lajamanu as part of the regular veterinary program that CDRC has committed to twice yearly, with an aim of curbing the growth of cat population and continuing to promote optimal animal health and welfare in the community. Ongoing focus on cat population management in Lajamanu will be supported by positive collaboration between AMRRIC, TNRM, and CDRC.

Dr Helen Purdam using a cat trap in a Lajamanu backyard to aid capture of a pet cats for desexing and other treatments.