One Health for World Zoonoses Day 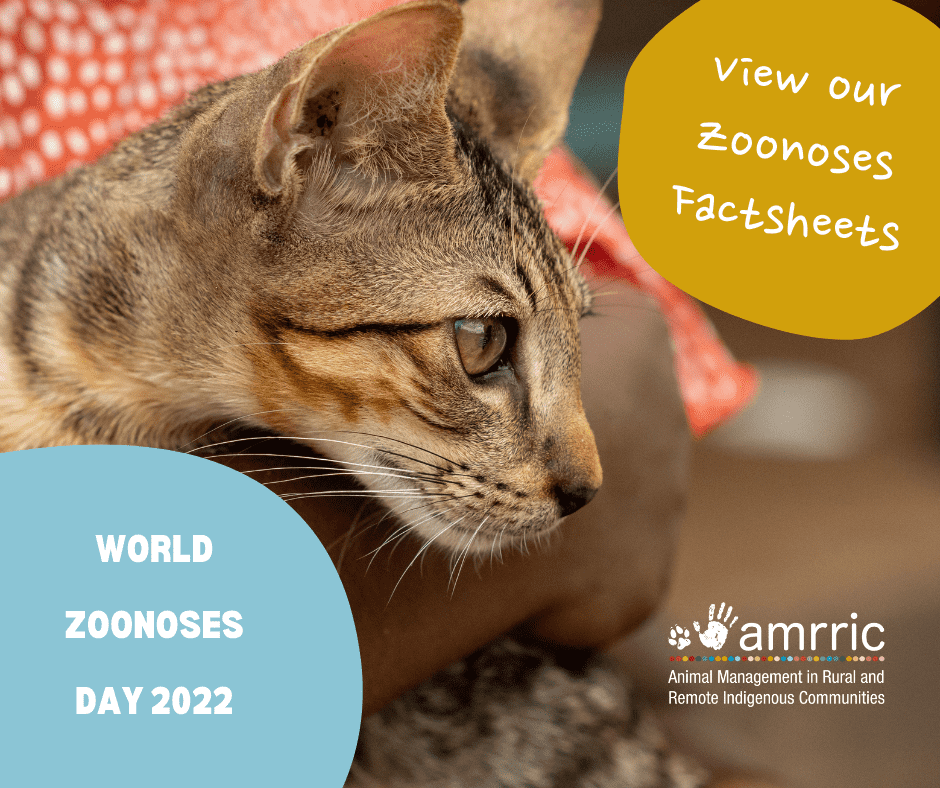 We’ve heard the term ‘zoonoses’ a lot in recent times, and there’s even a dedicated day (6 July) for zoonoses. So, what are they, and why is there a special day for them?

A zoonosis is a disease which is transmitted from animals to humans. They can be caused by a variety of agents, including bacteria, parasites, fungi, protozoa, fungi, viruses, and parasitic worms. Worldwide, there are over 200 known types of zoonoses; at least 89 of these occur in Australia. Many zoonotic diseases have major impacts on human health.

The history of World Zoonoses Day is quite fascinating. 137 years ago, on 6 July 1885, Louis Pasteur, a French microbiologist and chemist, administered the first rabies vaccination to a nine-year old boy, saving his life. World Zoonoses Day recognises and commemorates this incredible achievement- the development of an effective measure to prevent a zoonotic disease.

The high levels of socio-economic disadvantage and associated poor housing, sanitation, access to nutritious food, environmental health and human health services interact and contribute to a high burden of chronic disease in remote Indigenous communities.  Consequently, people living in remote Indigenous communities are particularly vulnerable to zoonotic diseases. AMRRIC uses a One Health approach in its work with remote Indigenous communities to increase awareness of zoonotic diseases and increased the uptake of preventative measures wherever possible. This includes a diverse range of educational resources on zoonotic diseases, including this overview of potential zoonotic pathogens from dogs. We also have more detailed factsheets on the zoonoses which can be transmitted by companion animals, available through our ‘resources’ portal, here.

A major report by the United Nations Environment Program, released on World Zoonoses Day in 2020 identified a range of measures that governments can take to break the chain of transmission of zoonotic disease. The report states that One Health is the optimal method for preventing and responding to zoonotic disease. This aligns with AMRRIC’s work in operationalising One Health principles and advocating for increased investment in One Health research.